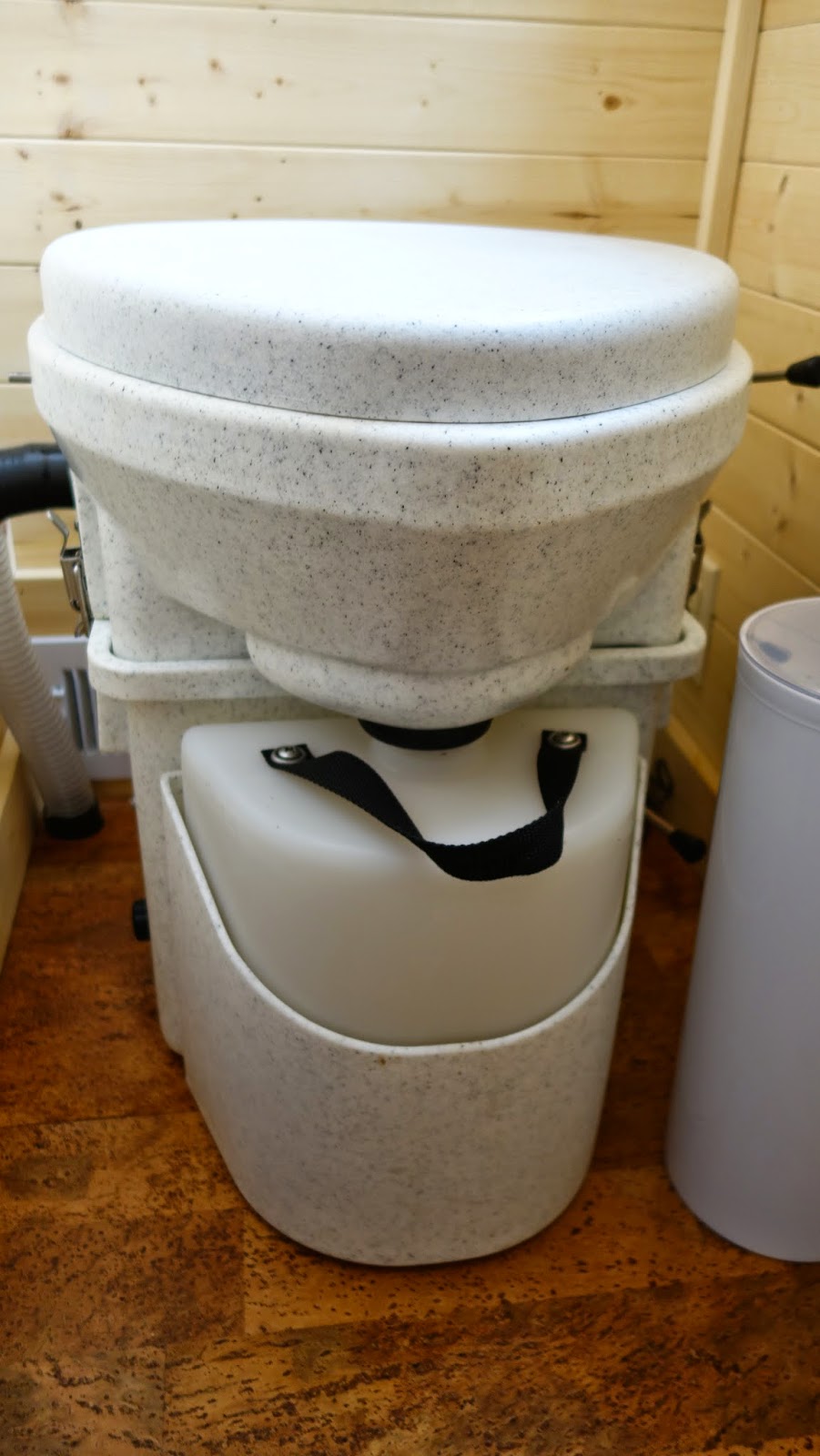 Another post you don't want to read folks if you don't want to hear about poop! For the first time since moving in almost exactly 4 months ago, I needed to empty the solids bin on my toilet. (For more details on my set up in general, see this post.) I do empty the liquid container every week or so, but this was the first for the solid side of things.

Now obviously the idea of a composting toilet it that the contents are composted. I've liked using mine so far, but still wondered how fast everything really would break down in there. If you read this post, or this one, you know I also added worms to my toilet to help speed up the decomposition. Well it seems to be working even better than I had hoped!

My best friend had assured me in no uncertain terms that I should never even think about asking for his help with this emptying chore. But really, it wasn't bad at all. In the first photo below you can see the bin with the last two days or so of deposits still pretty close to the surface. Mostly looking like dirt anyway, but the toilet paper is still intact. The only odor, even with the bin wide open was a damp soil kind of smell. Nothing sewage-y at all. 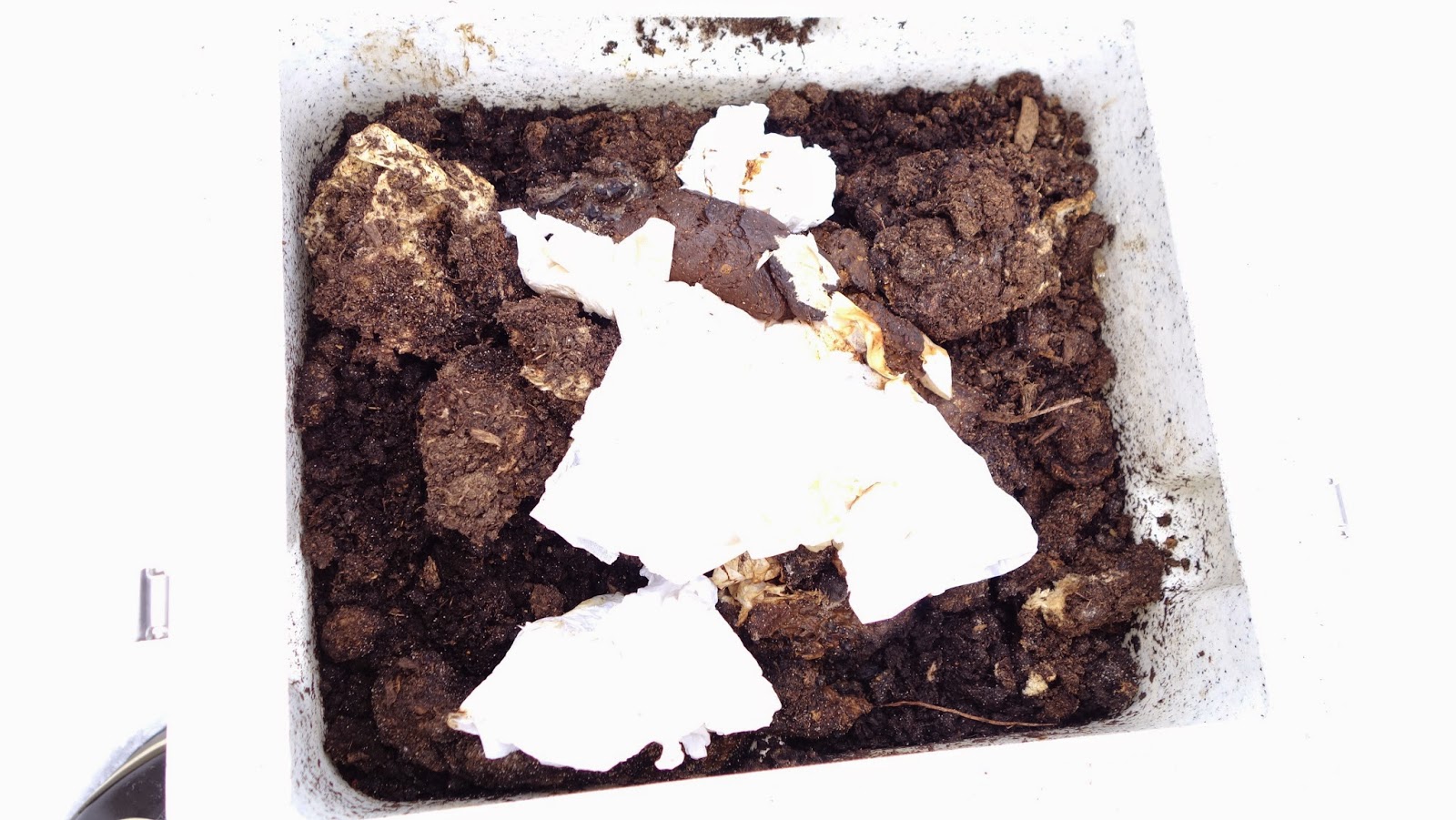 Below you can see what everything but the very top of the contents pictured above looked like. Nice loose potting soil texture, and again no smell other than a light earthy scent. Really, if I bagged this and told you it was potting soil, I don't think anyone would know the difference. You can even see a few of my little red wiggler worms sticking their heads out here since I had just dumped their whole world upside down. 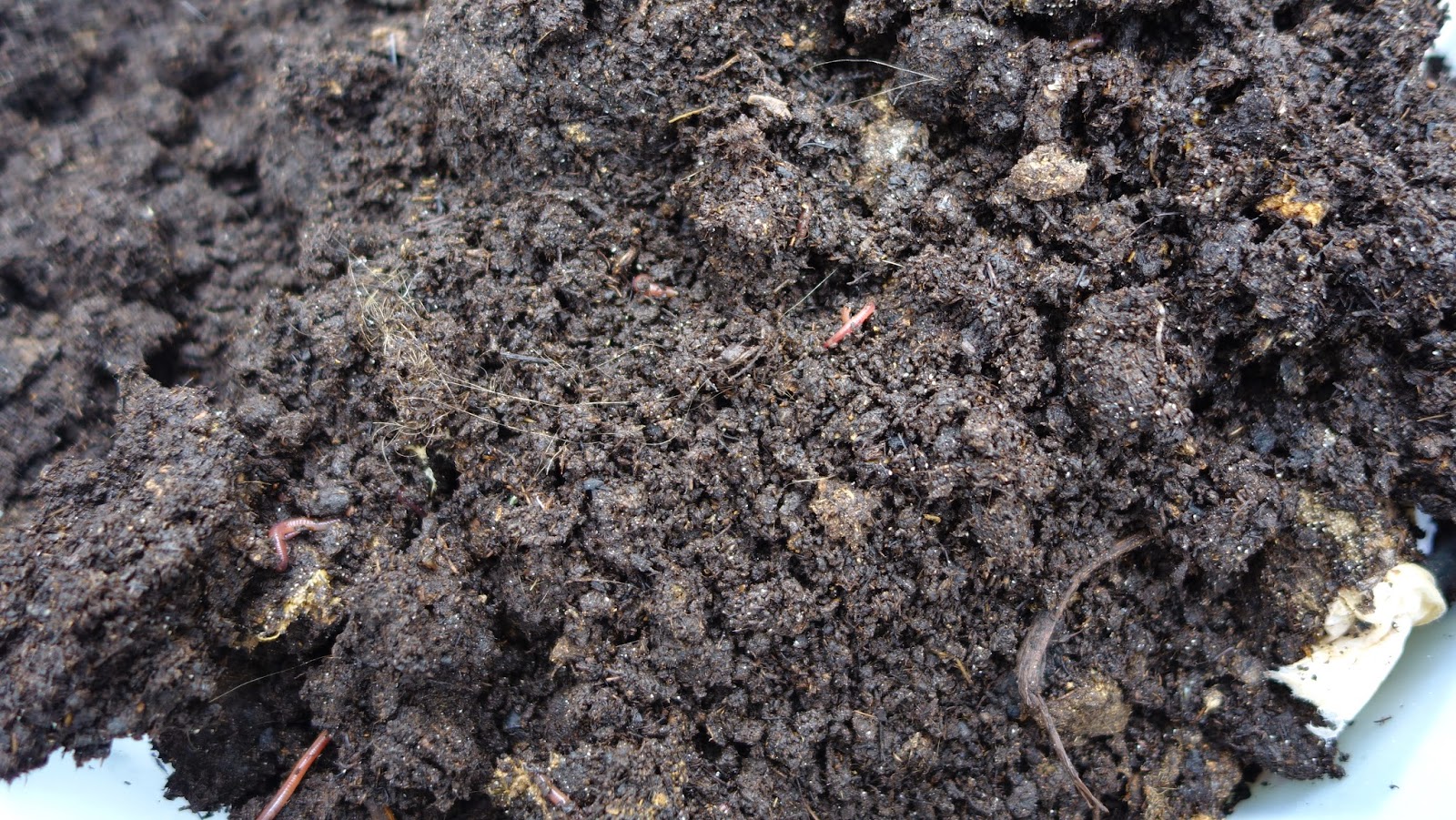 Below is the outside bin that stuff will reside in as it further composts. I started with a large tub with some holes drilled for ventilation for my worms, a nice layer of shredded paper from a friend's office, and then just dumped all the contents of my toilet on top. 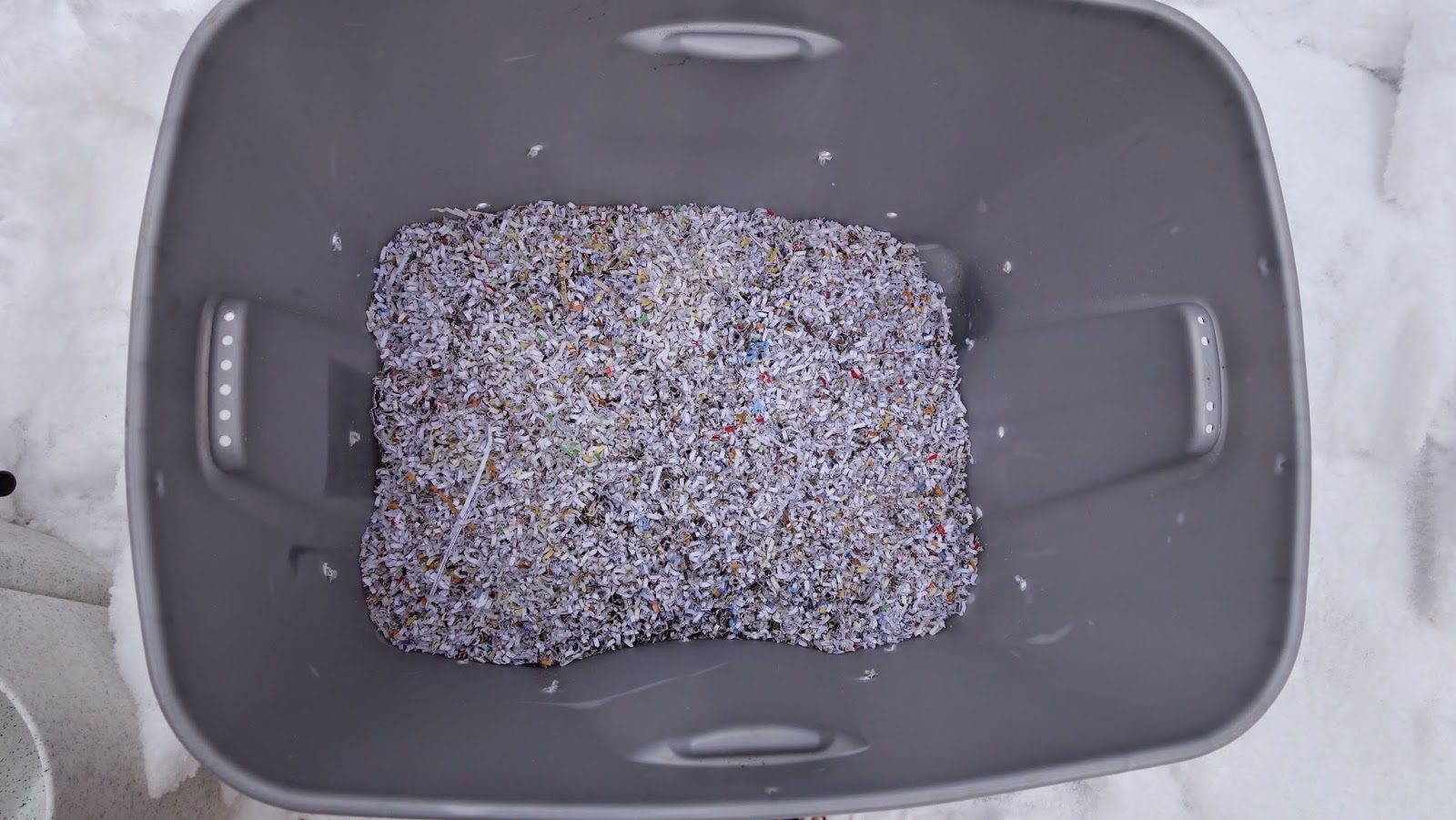 I did pull out a bunch of my little worms and toss them back into my toilet along with a fresh batch of damp peat moss that you can see below. This photo contains nothing but peat moss and some worms. I wasn't sure if it would stay warm enough outside for the worms in my new big outdoor bin to be ok since I don't have a large amount of compost in there yet. But hopefully they make it, and if not, I still have my inside ones. 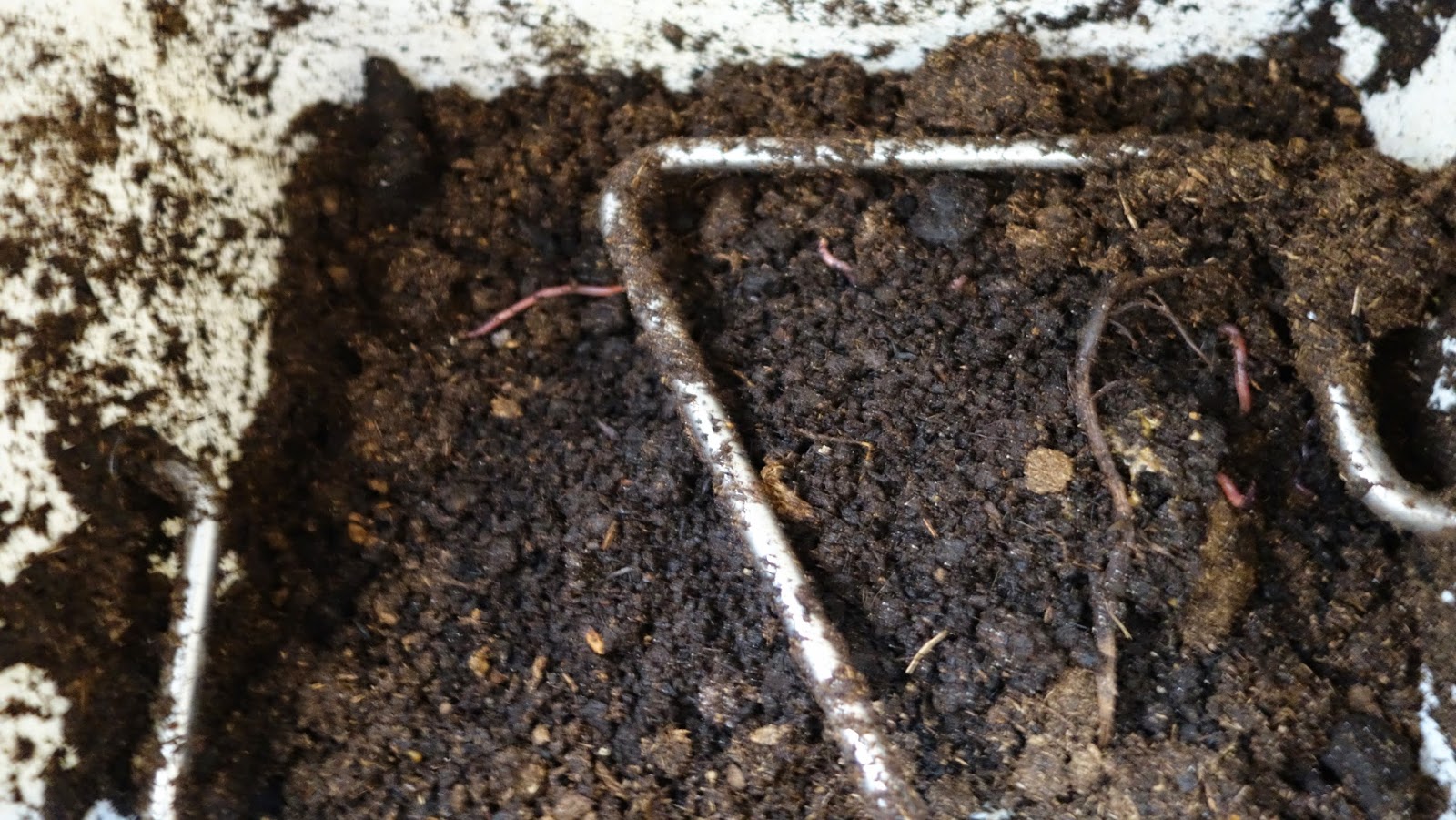 I think I am very happy with my toilet despite it being one of the things I did have some misgivings about going into this whole off grid thing. And if I only have to empty it 3 times a year, that's not bad at all.