Elk and Chipmunks and Bears, Oh my! 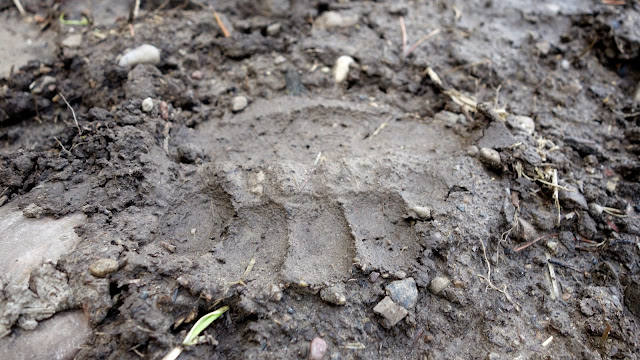 It you were not already aware of this, my little house is kinda in the middle of nowhere. And the middle of nowhere is where a lot of animals live. All of these photos were taken either from inside the house, or within about 30 feet of my front door. Yes, that includes that big bear print above. It appears he was a large black bear and if I'm ever lucky enough to actually see him, not just his footprints, I'll do my best to get a photo of that as well. And that may happen because he's come by at least twice in the last week.

This was a young moose as he trotted down the hill above my place and on down the lane. Yes that is my window frame along the edge. That's how close he was. There has been several larger moose around as well as they have left some large tracks through my garden, but I have not been able to get a photo of any of them yet. 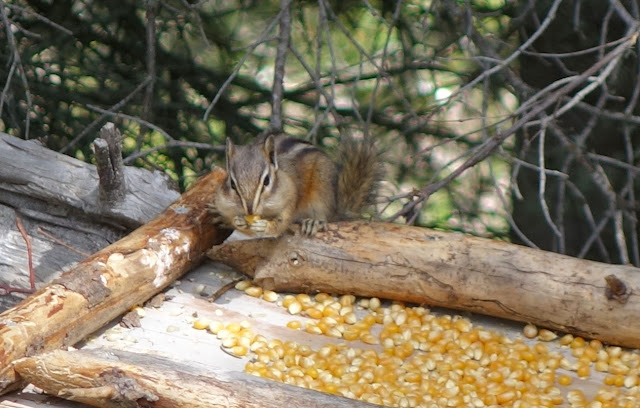 The more cooperative animals are these little guys. I have dozens of them around and they sure are fun to watch so I sometimes feed them. There are also a lot of squirrels and one of these days I'll take the time to get some good shots of them as well. 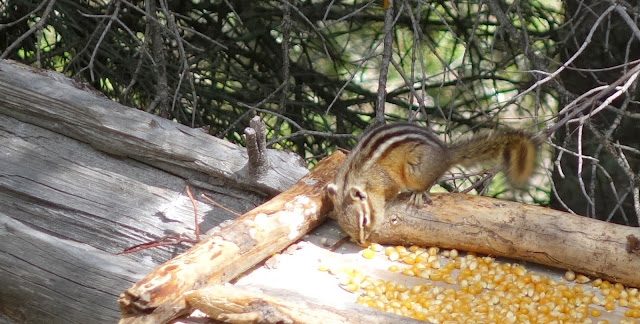 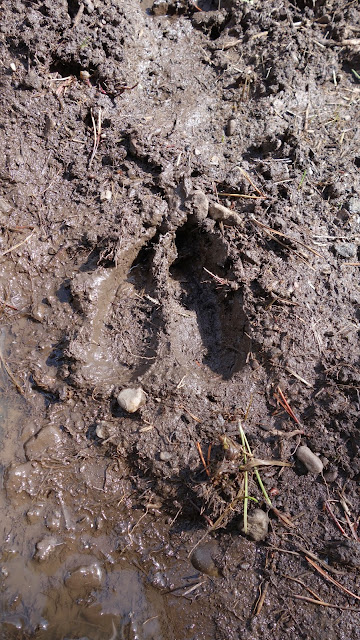 Almost every morning there are fresh deer, elk, and moose tracks in the mud. Since it's been raining so much here, they show up pretty well. Several times I've seen one of them in the dark when they happen to kick on my motion detecting floodlights outside and sometimes when I'm leaving for work just before dawn, one will walk through. But then the light is never good for a photo. One of these weeks I might get a good shot...