An Addition to the Family of Fy Nyth 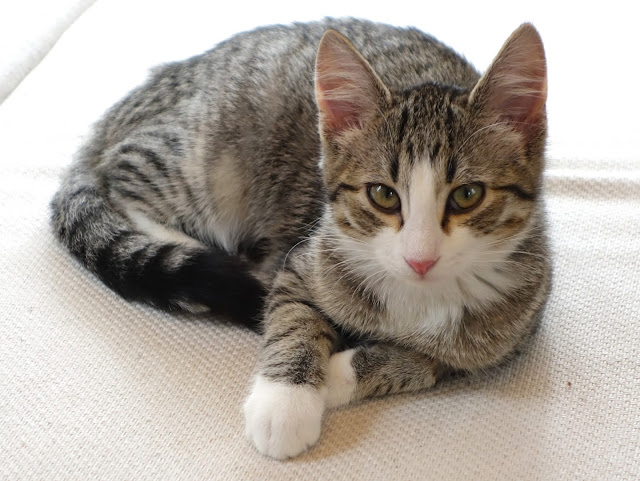 I've been thinking since last spring that I needed a cat around to help catch mice among other things. No, I have never had a mouse in my house, but if you were following me last spring, you'll remember the steady flow that kept getting in my van which was extremely frustrating. Anyway, that idea finally had results.

Meet Wynn. The newest member of Fy Nyth's household. She about 3 months old and I adopted her from a gentleman who did not have room to keep both her and her brother, both of whom he had adopted from our local shelter when then were smaller. She came home with me yesterday afternoon when I got off work and now I have quite a few days off work to hang out with her while she settles in. Which she seems to be doing quite quickly.

Now I have had pets for a while in the form of my composting worms, but Wynn is the first bigger pet in my house. And in my life in nearly a decade. The rental market is understandably not friendly to pets, but owning my own house has made that an option for me once again. 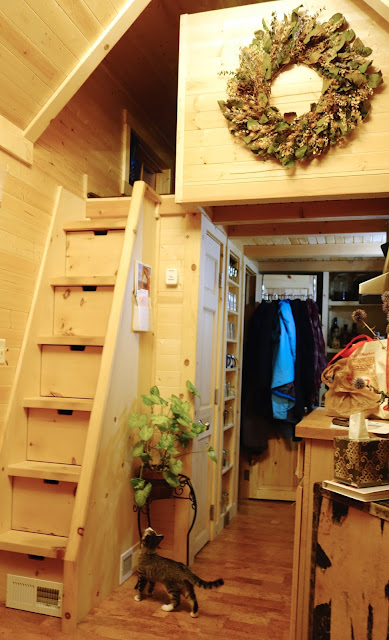 Yesterday she ran around the house and checked everything out first. 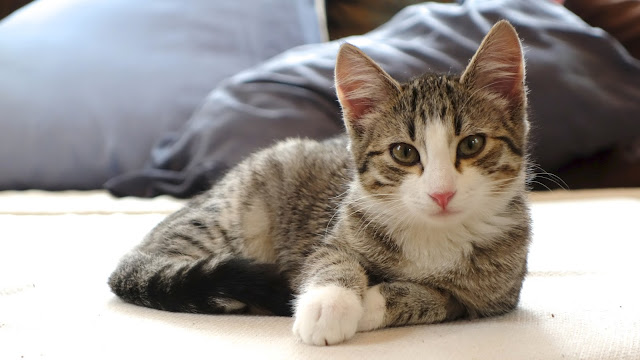 Then she settled into the couch and batting around a ball of yarn. And chasing one of my reusable grocery bags around the floor, inside and out of it. This seems to be her favorite toy, but she's always so busy "attacking" it that she's only a blur in those photos. 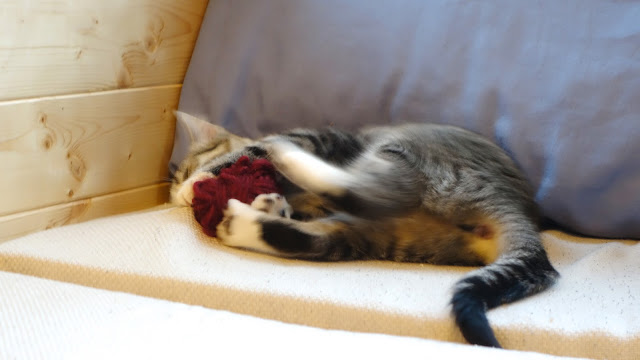 I was mildly allergic to most cats growing up and this was and is a concern for me. So far we seem to be getting along well enough as long as I don't cuddle her right up against my face and she's not allowed in my bedroom loft. Hopefully it stays that way and we can stay together. I do have another friend who would love her just in case my allergies do act up too badly, but the plan is for her to stay right here. 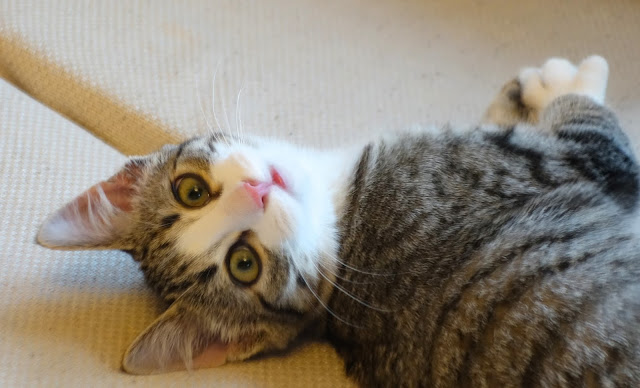 She's very much a kitten still and goes back and forth rapidly from playing hard to crashing to nap for a bit. Her kitty bed sits on top of her covered litter box, both in the base of my shower which seems to be working well. When I woke up this morning, she was stretching and yawning in her bed still. 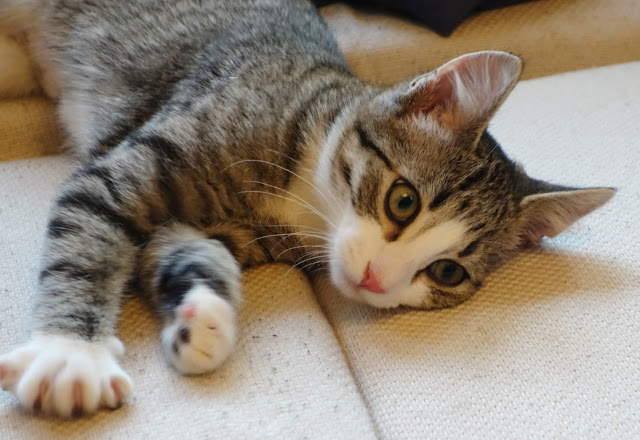 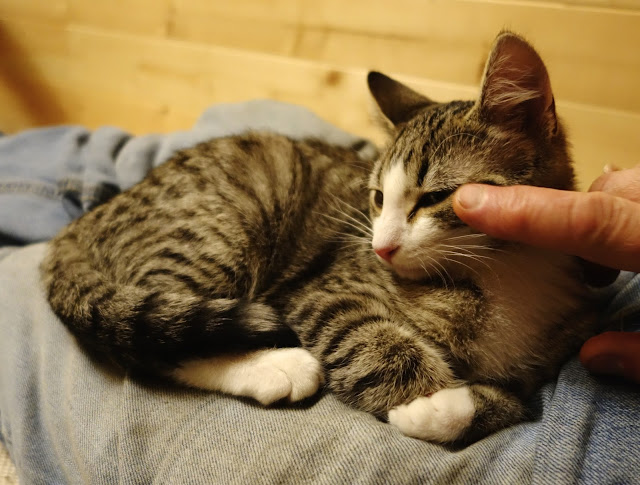 She loves attention, petting, and to cuddle. It was hard to get a good photo of her curled up in my lap, but when a friend came over for dinner, she settled right into his lap purring away as well. She's got an amazingly loud motor for such a little thing! 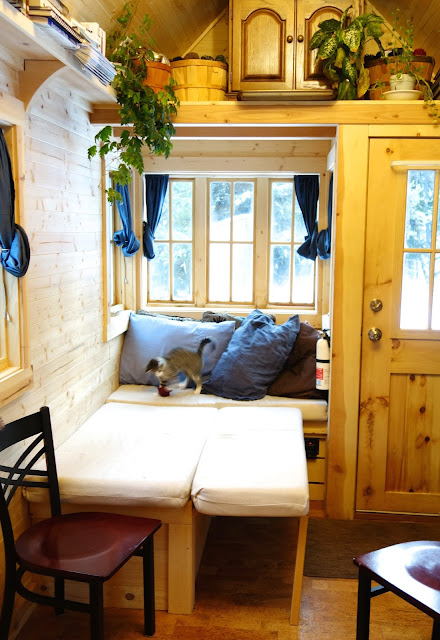 She loves playing on the couch and walking along all those windowsills behind it to watch the outside world where it is snowing once again. Once she has been here long enough to know this as home, and especially as it warm up toward spring, she will hopefully be able to spend some time outside hunting mice as well. But she needs to grow up a bit first. There are too many foxes, owls, and coyotes around here for a little kitty to make it outside. 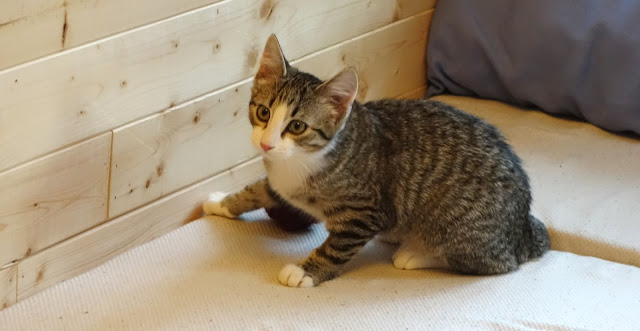 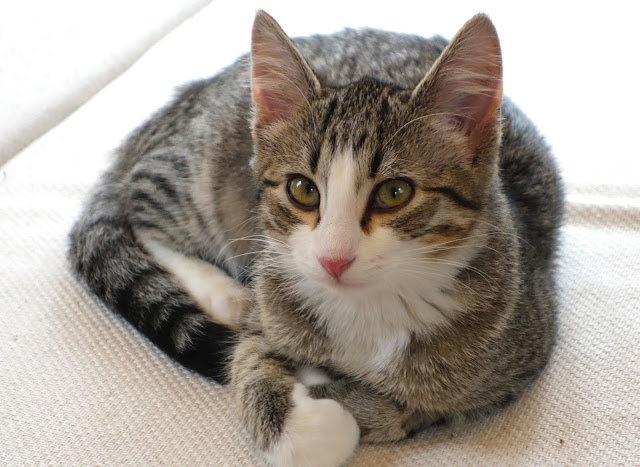 Now she is very contentedly napping behind me while I type. I think she likes her home here in the tiny house! Plus she's awful cute, don't you think? 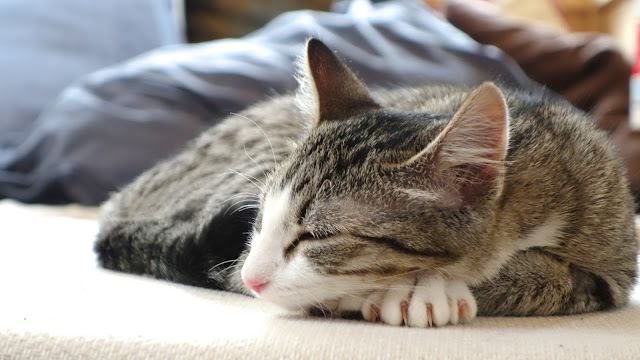