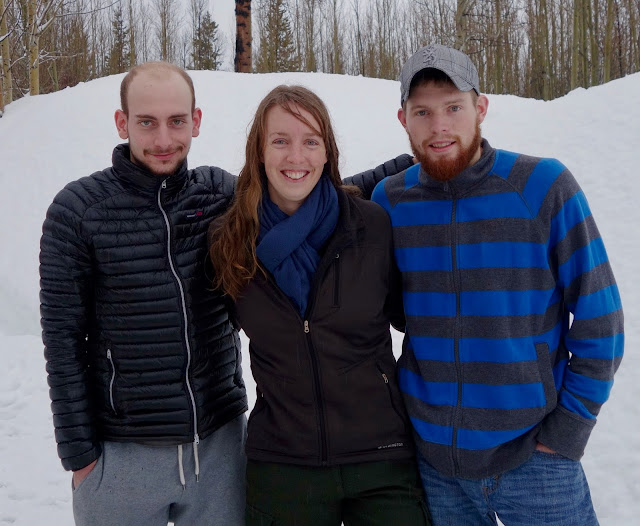 It's crazy around here! Over 400 inches of snow this winter and now rain for two days and nights. (It's still snowing in the mountains.) Most major roads are avalanched closed, power is out to thousands of people, several roofs have caved in, schools are having a second snow day this year after more than twenty years with out one, and even in this town that is normally prepared for huge winters, it's pretty much chaos.
Zack, one of my younger brothers and a first cousin, John, are here for a weeks visit. They planned to snowboard a huge mountain during an epic winter. Instead everything is closed and the resort is without power and shut down. Extreme avalanche danger makes any kind of back country travel unwise.  So instead, we are all hanging out, talking, relaxing, watching movies, and they have been helping me shovel snow. They're an amazing work crew! 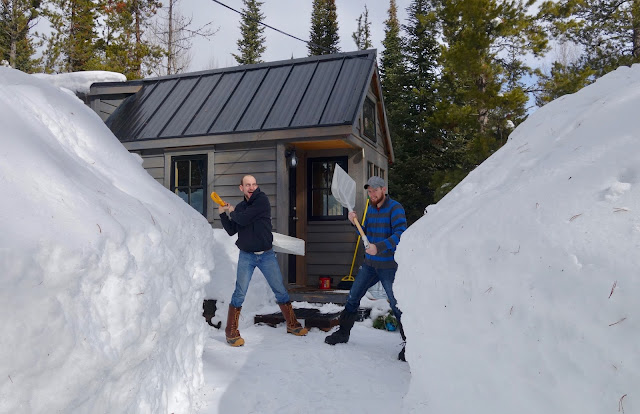 Here's a quick video update from my house today. 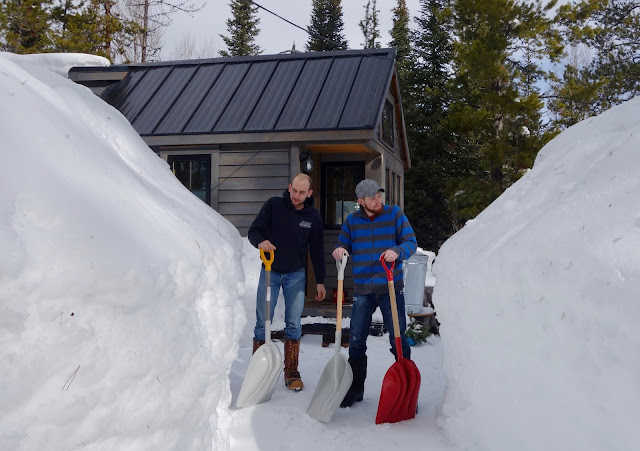 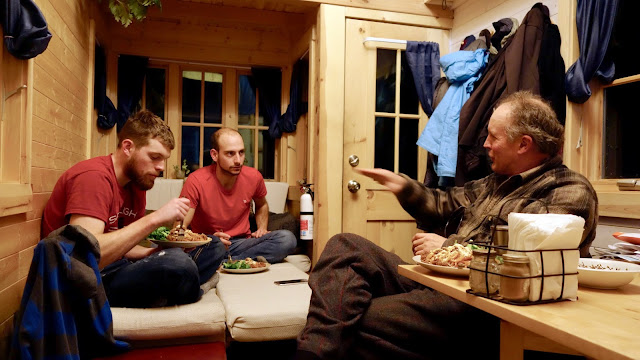 Enjoying dinner together with my neighbor. 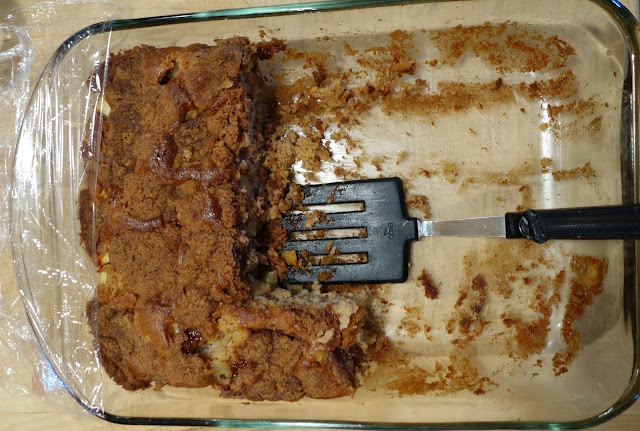 A full pan of apple coffee cake doesn't last long with this crew! 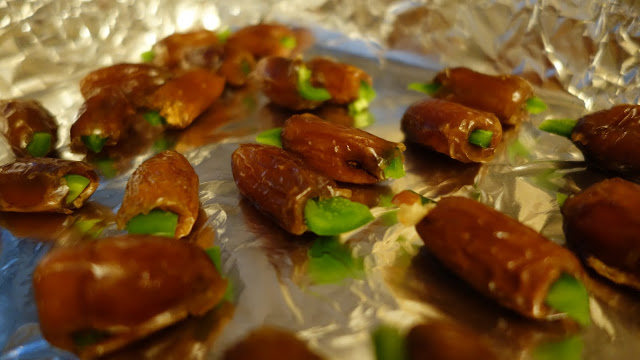 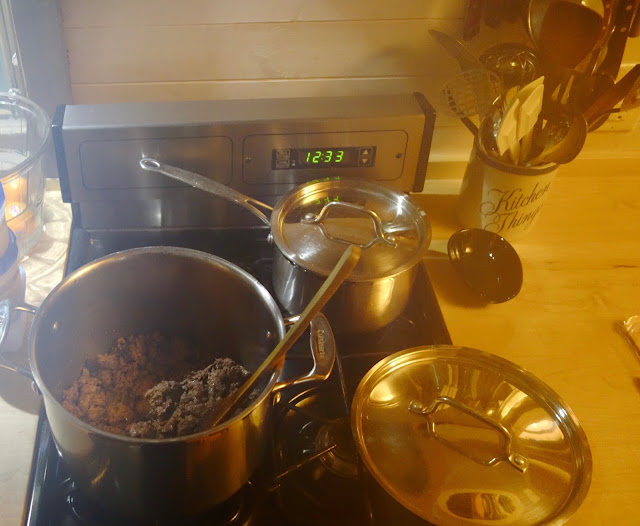 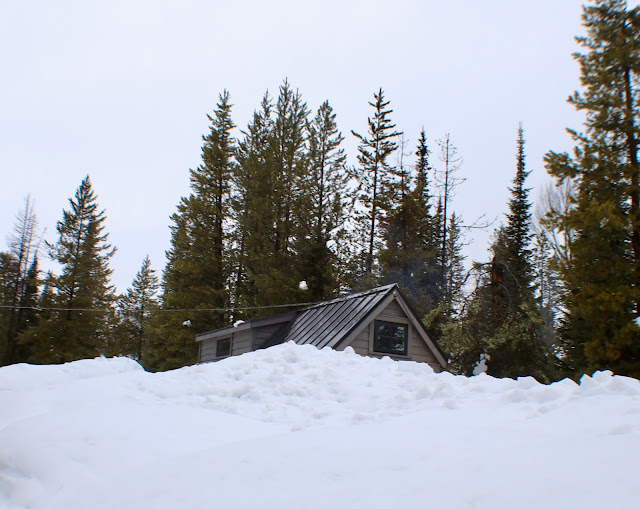 All you can see of my house when you pull in the drive now! 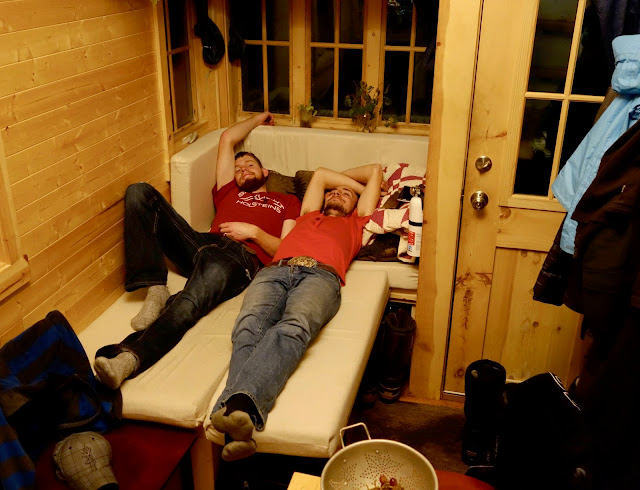 Relaxing on the extended couch. 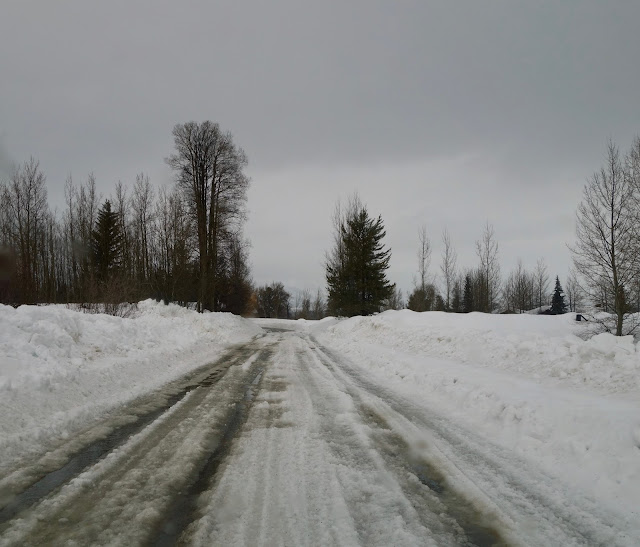 The slush on the roads is ten inches deep in some places! Making driving nearly impossible. And almost all the snow clearing equipment in the county seems to be broken down after running non stop all winter already. 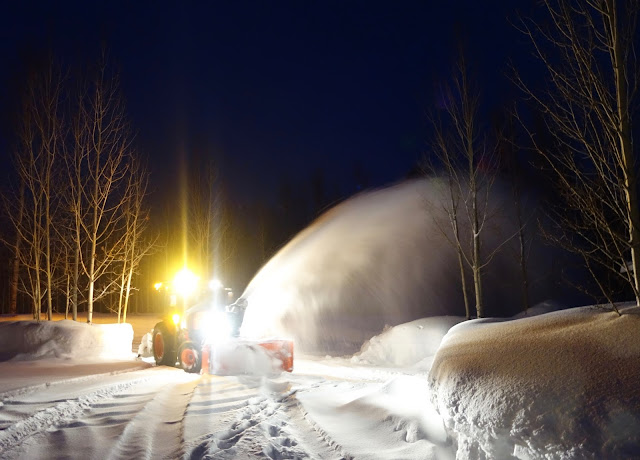 My neighbor working night and day to keep several houses open including mine. For which I am super thankful! We are all safe and sound and there is plenty of food in the house for weeks. So don't worry about us, and stay safe with whatever forms of weather you are having!