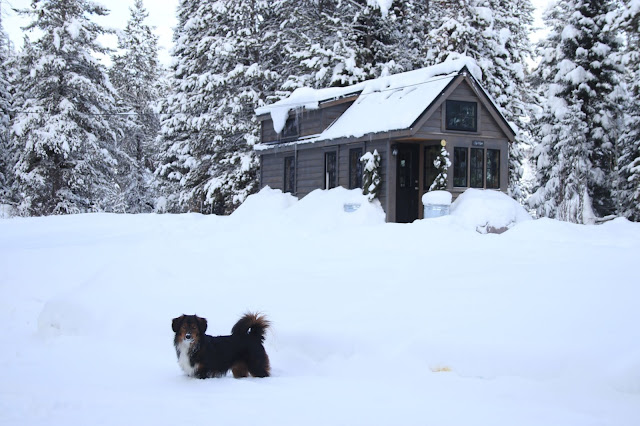 Up to the first of January, this winter was running a little below average snowfall. Of course long term averages are made from higher and lower years. As you can see in the above photo, heading into the new year the snow around the house was not very deep.

Then at the begining of January, it started dumping. It snowed almost every day for the first half of the month, and actually broke records for January snowfall totals. Which has brought us up to about average for the whole winter so far. Anyway, I thought you might all enjoy photos of
it deepening around here over the past 5ish weeks. 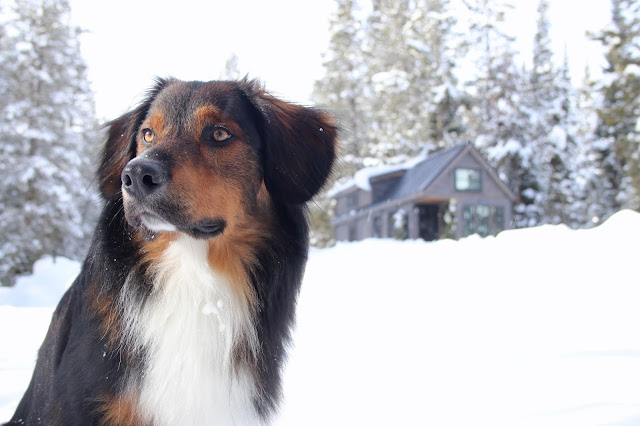 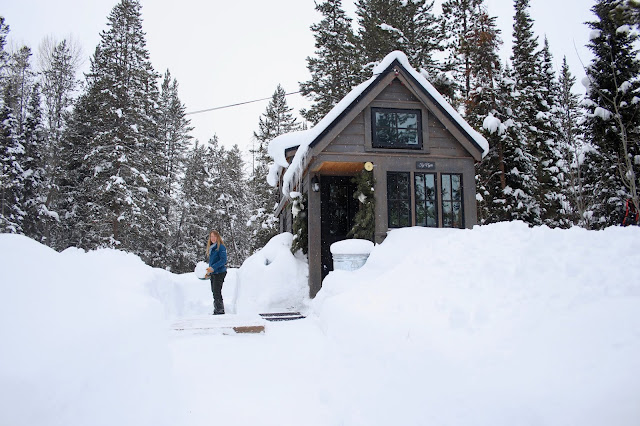 As fast as it piled up in those first few days of the year, the appearance changed rapidly. 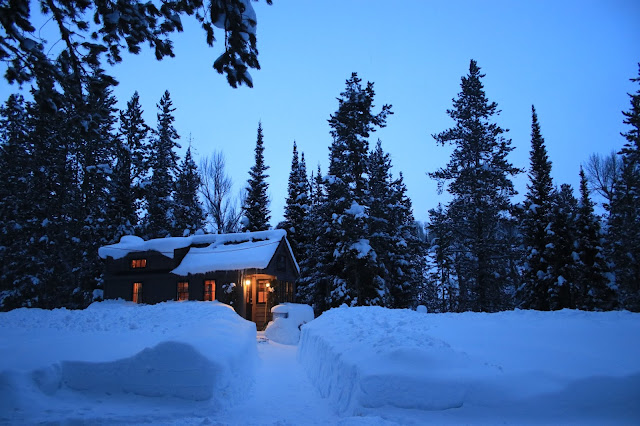 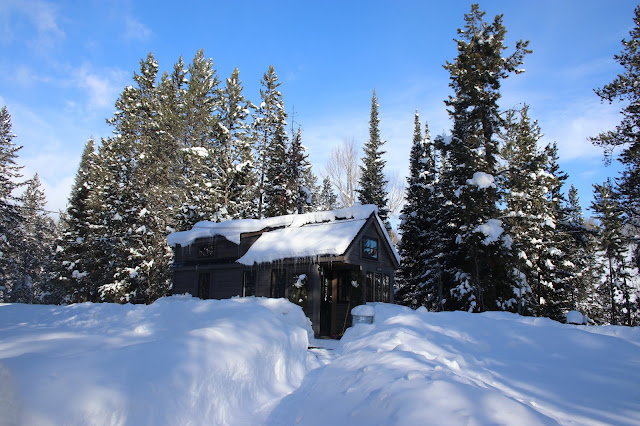 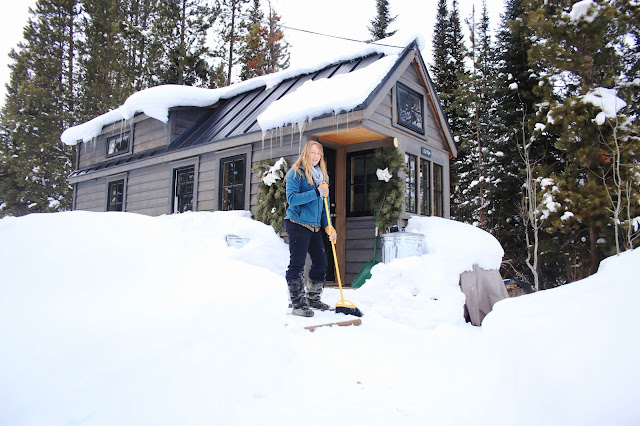 It was very very cold dry snow too. The kind that you can sweep off of things instead of shoveling. Or sometimes blow off a car just with a puff of breath. 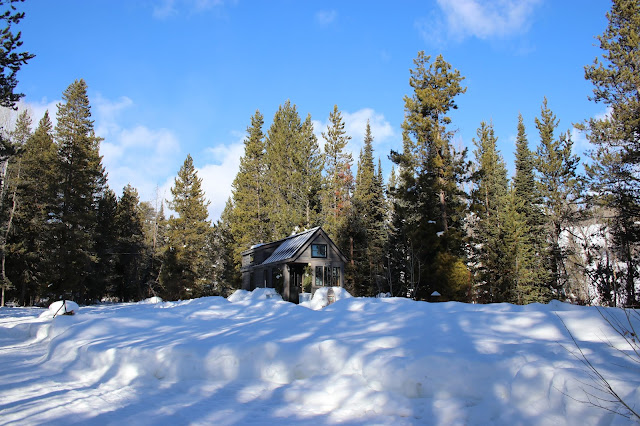 So when it stopped snowing for a few days and the sun came out, the snowpack settled and compacted quite a bit as it was so light and fluffy. And the clear skies gave me a chance to capture a peak at the stars over Fy Nyth! 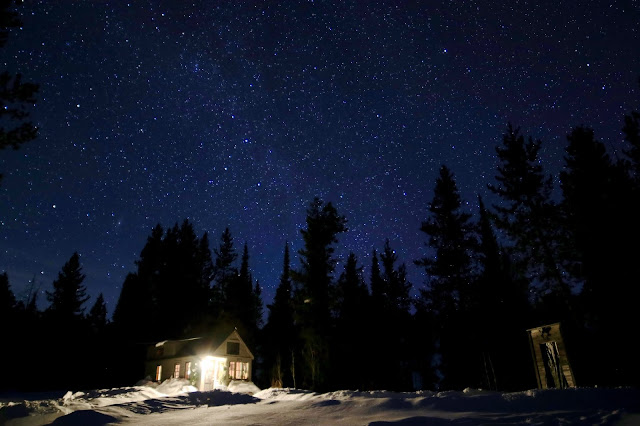 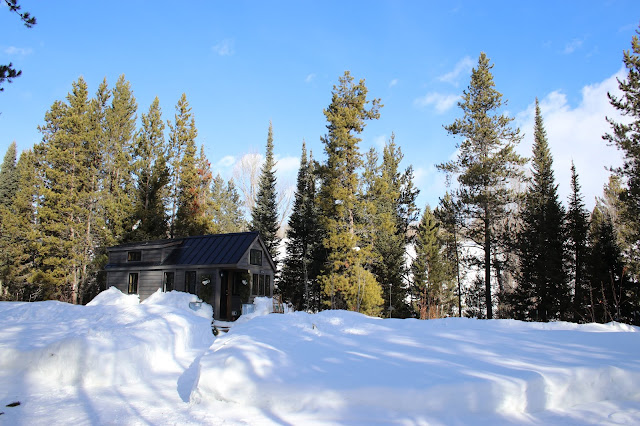 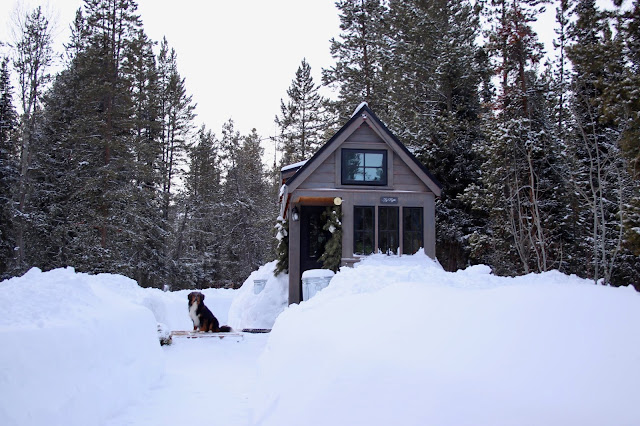 Going through my photos, it looks like I snapped one every time the sun came out for a second. Because most of the time the sky looked like the above photo, not the pretty blue below. :) 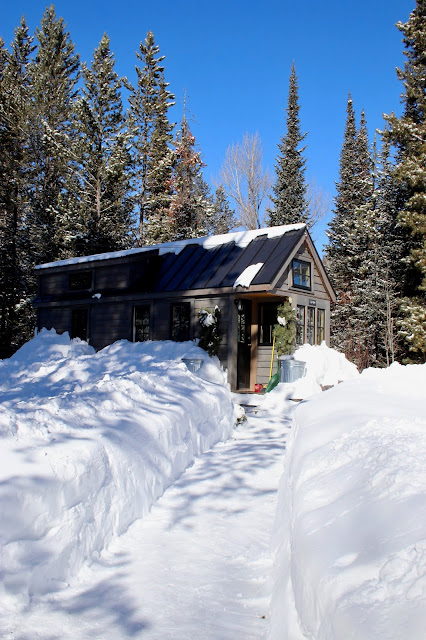 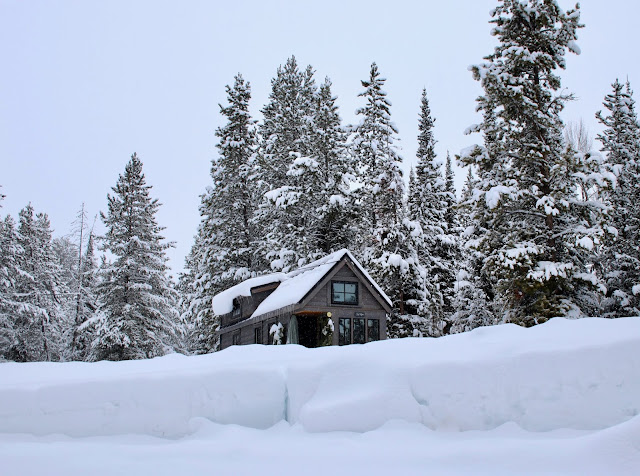 And then it went back to snowing. 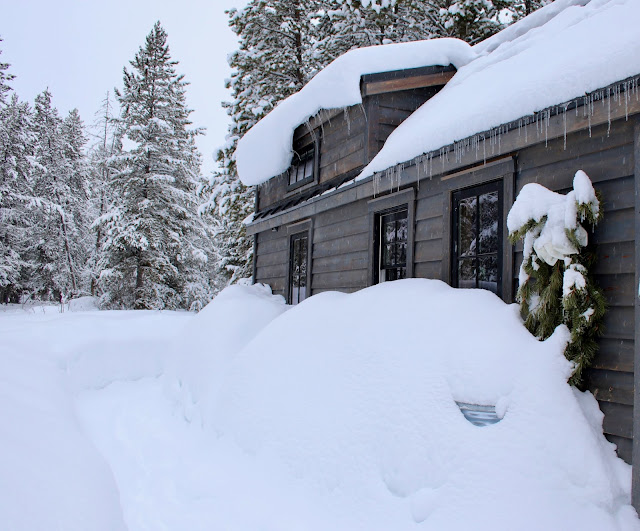 Looking like a pretty average winter still. Though last year the majority of the snow came down in February and March, so there's still plenty of time for that to change... 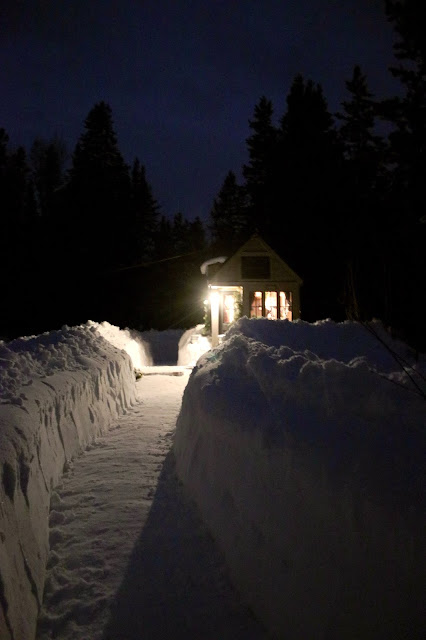 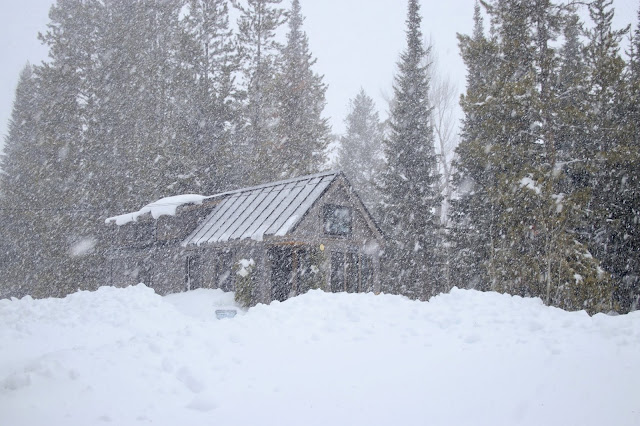 I do love the days when it feels like our tiny house is in a snow globe that someone just shook up! 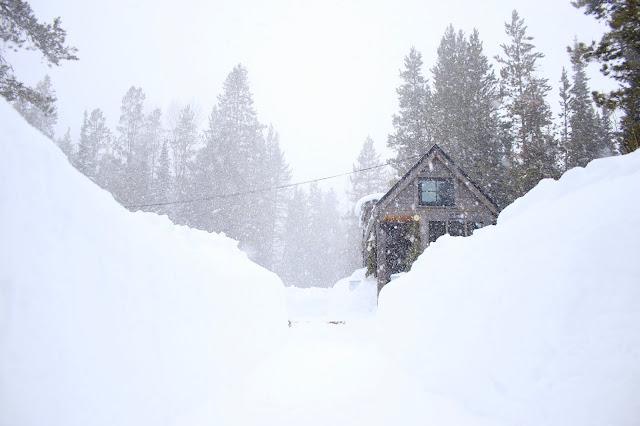 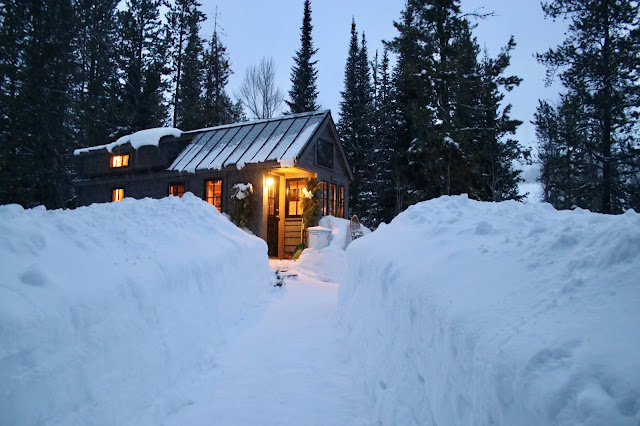 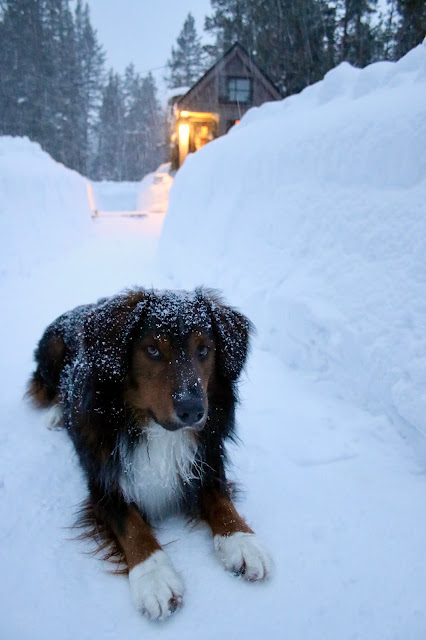 It'll be interesting to see what the rest of winter brings!