Solar Power and Living Happily Ever After 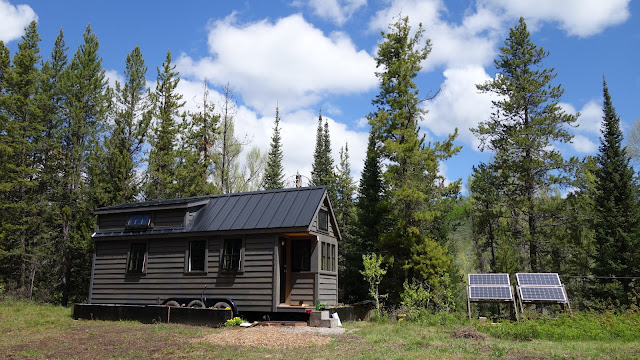 It’s late spring or early summer here now. That means the days are getting  long. It’s light by 5 am and not dark till nearly 10 pm. That’s a lot of hours of sunlight compared to winter here when the hours are more like 8 to 4. If you’ve been following my blog for a while, you know I live totally off grid. knew I was going to need backup for my solar power in the winter due to short days, the northern angle, and the amount of snow we receive every year. So I’ve had a little generator ever since I moved in on Thanksgiving day last year. And it got a real workout for much of the winter but it’s been a great little purchase. Tough, efficient, and reliable. I couldn’t be happier with it.

Now my little solar setup is keeping my batteries totally full with no help from my generator! Some very simple things make me happy. Like hearing my fridge kick on and seeing my battery level counting up, not down. The things you learn to appreciate when living off grid! 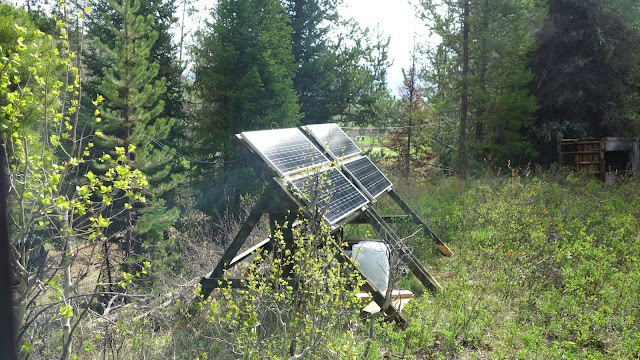 In between there has been some challenges. About two months ago I realized I did not seem to be getting any power from my panels. So I called my friend with some electrical skills and we used his meter to measure everything and try to figure out what was wrong. Up until this point, I had been getting power consistently. More when there would be a really sunny day, and very little when it was snowing heavily. Anyway, we traced the issue to the charge controller which seemed to be stopping any power from coming into the batteries. Now it is supposed to do just that when they are full to keep them from being destroyed by overcharging. But they were not full, so this seemed odd. 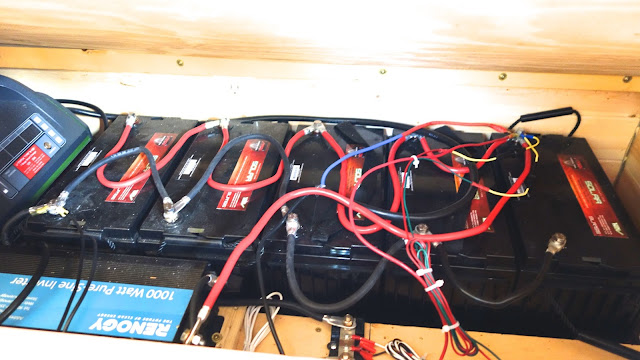 With all my equipment still under warranty, I called the manufacturer, Renolgy, to ask what should be done. They were very helpful. I had a live person to talk to after pushing one button. He asked for the purchase date which I did not have with me since I was at work at the moment. Looking it up with my email address only took a few seconds though and I was told that this would be totally covered by the warranty. He agreed that from the readings I was reporting to him it was an issue with the controller and said they would replace it. He sent me a prepaid label to return the malfunctioning one and mailed me a replacement. All very simple.

Then the dear old USPS lost my package. For over three weeks! This is a pretty small little part, and mail should take about three days to get to WY from CA at the longest. After waiting, and talking to people, and waiting, and more conversations, I gleaned that they’d moved a mail sorting facility that was on my package’s route, and somehow had lost a bunch of mail. Of course, no one had any idea when it might get sorted out. And no one seemed to particularly care either. This was extremely frustrating. I was having to get 100% of my power from my generator for the first time since moving in as I had always, even on short and snow days, had some solar power coming in. Finally the new controller did arrive. 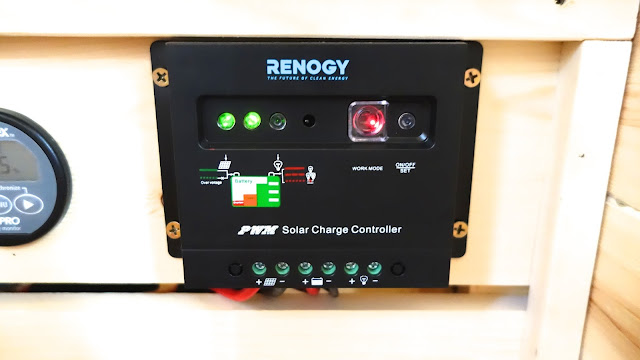 We hooked it up, and it did the exact same thing as the original one. We double checked all the wiring, it was all correct. Still power coming out of the panels and none going into the batteries as if the controller thought they were full. So I called the company again. And now I’m wondering if they sent us a refurbished unit that was already not working for someone else? I don’t know that much about wiring, so I would blame that, but the first unit worked with no issues for over 5 months so it didn’t seem that could be the problem. This time I got very little response from them. After a few days of not having calls returned, the right person being unavailable, etc., I was getting frustrated. I finally did get through to a (maybe more senior or at least experienced?) gentleman who was super helpful. He walked through every part of the system with us again, measuring the power at each point and confirmed that the panel themselves were indeed working. But the controller was not. He sent a third one out, and at my request, did not send it via USPS. Fed Ex had it at my door the next morning, a huge improvement over the previous three week wait! We connected the third unit, and again had the exact same problem. So once again we were on the phone. The solar controller was still reading the batteries as having a voltage of 14.9 which certainly would be full, but the batteries themselves were actually at 13.3. At this point myself, the gentleman from Renolgy, and my friend who was helping with my wiring were all at a loss. He said he didn’t know what was wrong and the while it should not make a difference, maybe we could try disconnecting everything that was hardwired to the batteries and connecting just the solar controller just in case something else was interfering. In addition to the controller, I have the charger for my generator, a monitor, and the inverter all hardwired to the batteries. These things being an issue again seemed to make no sense since they had all been their and connected in exactly the same way since day one and the solar controller had worked for all those months. But, since no one had any other ideas, we gave that a try. My friend helped me test every part of the system as we disconnected things.

And we found the problem! As we removed wires one by one, suddenly it started working. Then quit. Then it started again. We traced it to the ground wire from the solar controller. It has a little connection where it attaches to the battery, and it’s all covered by a coating to keep any bare wire from being exposed. The contacts inside had worked loose somehow, which you could not see because of that coating, and when you bumped the wire, they could reconnect or disconnect and cause it to start or stop working. After cutting off that end, building a new connection, and rewiring everything to the batteries. It all worked just fine. I called Renolgy back and told them what we found. He was relieved that it was resolved and said it is often really hard to get customers to check other aspects of the wiring as everyone is sure they did it correctly. I thanked him for being the most helpful person I’d talked to at their company and for all his time to help us figure out the problem and sent the extra unit (that never did have anything actually wrong with it) back to them. Overall, I am still very pleased with them as a company, and with the first and last of the representatives I spoke to particularly. As well as with the performance of their products especially for the price.

Now we all know that a solar charge controller that has a loose ground can read a battery bank as being full when it is not really. But now everything is working flawlessly and as I said, keeping my batteries totally topped off each day with no backup help from the generator. And we all lived happily ever after!

At least until next time…