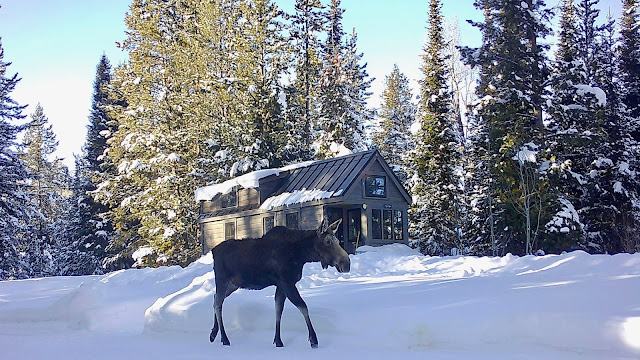 As the snow continues to deepen, more and more wildlife start to use the cleared and shoveled pathways all over the area because it makes it so much easier for them to travel. So more things travel up or down my lane and past my house. So here is some more captures from the game camera yesterday. Pardon the photo quality, game cameras do not have the resolution of my cameras I normally use. But they do capture things like this which is neat! Burley and I were out shoveling snow at a different house at the time, but when we'd got up in the morning, I saw this family was napping in the edge of the woods behind the house. Anyway, here's what happened while we were out. First mama moose strolled by the house. And this year she has twin boys who were born this spring, but looking large and healthy already. You can see their tiny antler buds which will turn into their first set of antlers next year. Female moose do not have antlers. But back to the photos, mama (pictured above) walked past quite calmly. 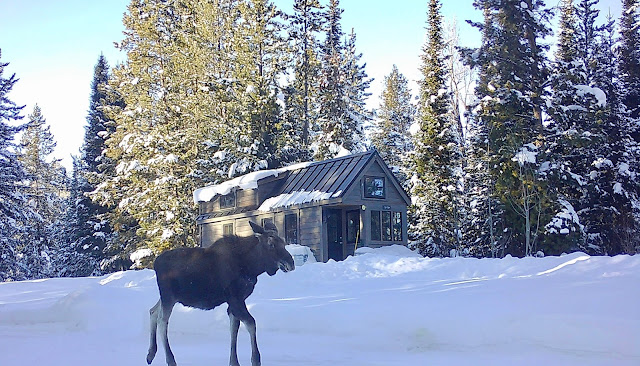 Then a few seconds later, son number one wondered past also at a slow pace. Then about a minute later when the first two must have already been down the hill and out of sight, son number two must have realized he was being left behind and came racing around the house trying to catch up. 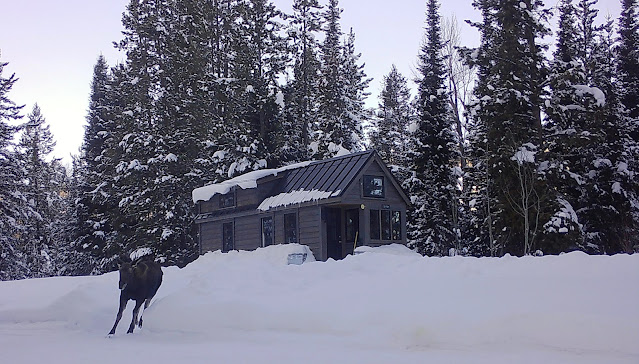 They can be such gangly creatures! These photos just made me laugh so I wanted to share them with you. 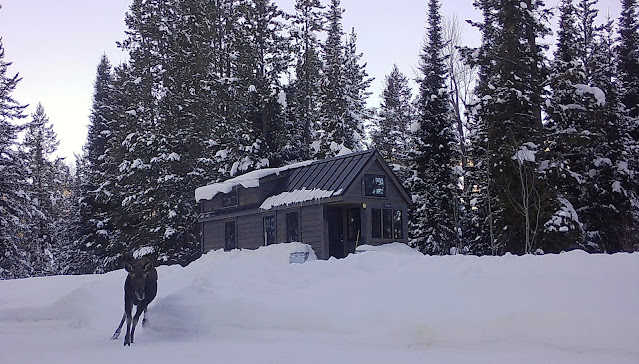 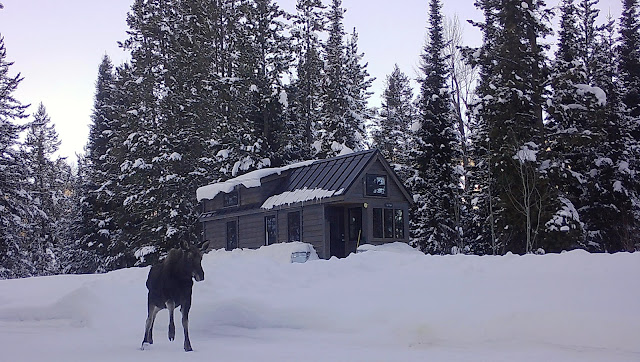 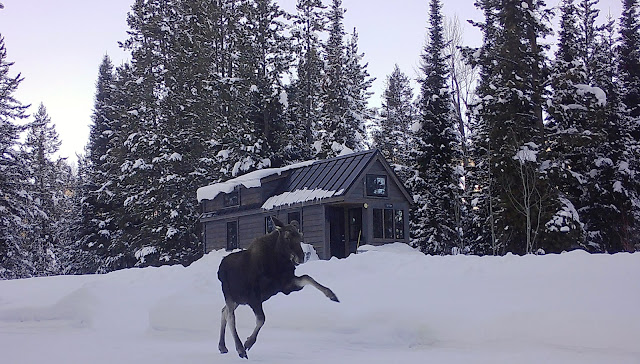 Goofball. ☺ I hope he made you smile today like he did me. 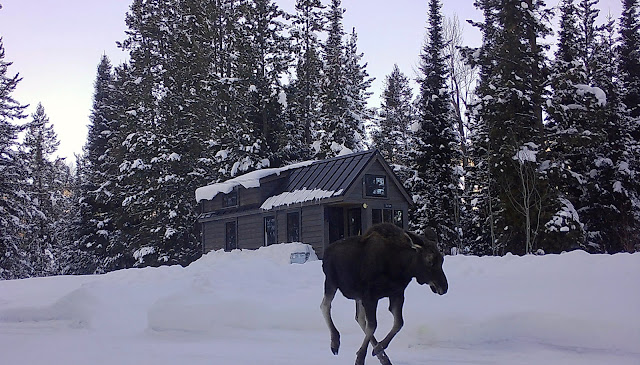